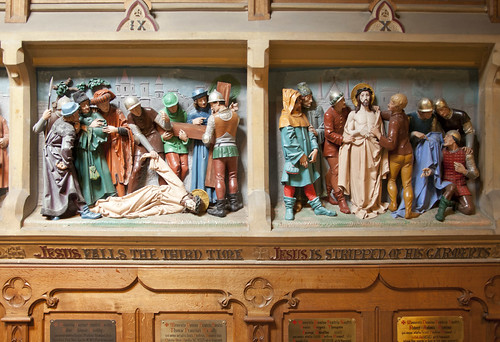 Over on Rorate Caeli I am today publishing the 20th of the series of short briefings, 'Position Papers', on aspects of the Extraordinary Form, which I have been coordinating for the Foederatio Internationalis Una Voce for the last two years. Go over there to read it. See all the Position Papers here.

In this post I will take the opportunity to say one or two other things about the issue addressed. It is a problem, in a practical way, for parishes where both the Traditional, Vetus Ordo and the reformed, Novus Ordo are celebrated, in that on a Sunday, between Masses, the liturgical colour has to be changed on the altar frontal, tabernacle veil and anything else using the colour of the season, three Sundays in a row, between green and violet. This is hardly the biggest problem facing the Church today, but it is an indication of a particular kind of crashing of gears which results from the lack of continuity of the new Mass with the old. It also happens here and there in the liturgical year when feast days have been moved or abolished. But there is something particularly awkward about a parish proposing a season of penance in one Mass on a Sunday, and carrying on as normal for the other Masses on the same day.


Once we look into the history it becomes clear that the abolition of the very ancient and liturgically rich season of Septuagesima was an extraordinary act of violence against the calendar, which not only was not called for by the Second Vatican Council, but would appear directly to contradict what the Council document on the liturgy said: that seasons should be preserved, and particularly those leading up to Easter. Well, I've written before on what happened to the things whose preservation was demanded by the Council.

The rationale of the reform was that Septuagesima was a distraction from Lent. How can a preparation for a thing be a distraction from it? Let's not dismiss this argument too quickly, however, because parallel arguments are used all the time by the reformers and their supporters. Examples are obviously the vigils and octaves: they are presumably a distraction from the feasts. In church architecture and devotional art, with vestments, with anything in the liturgy which anticipates or recalls, which prepares for in advance or celebrates and rehearses and reminds us afterwards, in short all the things which surround, draw attention to, gloss, explain and teach the central mysteries of the Faith, they should go. We should be left with the bare rites, or truths, or symbols of the mystery, with nothing else, no setting for them. The Blessed Sacrament, for example, should be without beautiful and precious sacred vessels, genuflections, confessions of unworthiness, or the repetition of those significant phrases: Domine, non sum dignus, ut intres sub tectum meum, sed tanto dic verbo, et sanabitur anima mea. The tabernacle should be stripped of its veil, the monstrance should be melted down.

I am reminded of Chesterton's lines in The Secret People, on the monarchy after the Wars of the Roses: with the destruction of the nobility,

There was nought but a naked people, under a naked crown.

The rites we have been left with, and even more so the reformed rites as they are celebrated by the more progressive priests, are bare, stripped, naked.

How was this supposed to help us get the most out of the liturgy? How is it supposed to help us understand the mysteries, if those aids to understanding, the extra bits and pieces, have been taken away? There was of course a mania for simplification which seemed to float free of any theological reasoning. But there is something else as well: the view of the liturgical reformers was frequently that the commentary on the mystery given by the ancient rites and so on was actually mistaken. That when the rites surrounding the reception of Communion, for example, emphasised the honour due to the Sacrament, our unworthiness, and yet our confidence in God's mercy, this was wrong. In the case of the season of Septuagesima, the season's emphasis on penance, again, is unhelpful, it is a mistake.

Not to labour a point I've been making a lot recently, what has been happening since the 1960s is not, generally speaking, a clear, authoritative, rejection of traditional teaching. It is highly significant that reformers took so much away from the honour given in Mass to the Blessed Sacrament, but we can't conclude that the Church stopped believing in the Real Presence. After all, the Blessed Sacrament is still give some honour in the Novus Ordo. Its significance lies in the fact that, first, the teaching is no longer conveyed so effectively, so the people become less certain about it and may even forget it altogether, and, secondly, that it became possible for priests and theologians to deny it, without their denial being immediately contradicted by the Mass. The vacuum created by the official liturgy ceasing to teach the doctrine clearly, could be filled by unofficial progressive preaching against the doctrine.

That's what they want to do with marriage, by getting rid of the Church's visible discipline on remarriage after divorce. 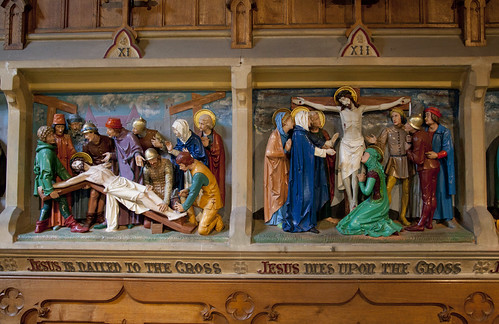