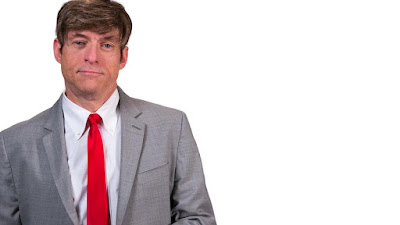 I've had my differences with Michael Voris (and here), but never doubted his zeal and sincerity. The idea that the repented sins of his past life should cause one to question either zeal or sincerity is patently ludicrous, from a Catholic standpoint, and like pretty well everyone in the Catholic online community I am very impressed by his response, which can be seen here.

Liberals have a particular thing about those with same-sex attraction: that they are necessarily insincere if they don't follow the accepted homosexual political agenda. This attempt to coerce people into supporting you by denying their free will is simply insane.

The liberal media message about politicians and other opinion-formers seems to be that they are not allowed to talk about morality, or even about family policy, unless they are saints, because they would be hypocrites. And not if they are saints either, because that means they are out of touch. This neat little pincer movement means that no-one is allowed to talk about morality at all, and no one is allowed to say, for example, that two-parent families, with one parent of each biological sex, are preferable, other things being equal. This is not about hypocrisy, it is just about silencing inconvenient voices in public debate.

That's what they wanted to do with Kim Davis, and I have no doubt that this is what lots of people would like to do to Michael Voris. Voris is in a different position, however, since his audience is made up of Catholics serious about their Faith, and part of being serious about Catholicism is understanding the reality of repentance. We may not make as much fuss about reformed sinners as some evangelicals do, but we understand the reality of the phenomenon, and that the difference between St Augustine and the average pewsitter is just one of degree. Serious Catholics have not the slightest problem with listening to the insights of John Pridmore, a former gangster, or Joseph Pearce, a former senior National Front activist. The liberals can't harm Michael Voris by their threatened revelations; his pre-emptive confession of more details about his past life - the sinfulness of which he has never hidden - is not only the right thing to do in terms of crisis-management, is not going to do his reputation any harm: quite the opposite.

While rejoicing, with the angels, over the repentance of each sinner, I wouldn't want Catholics to adopt a more evangelical attitude, which could turn into a kind of voyeurism of sin. Voris' recent testimony is a model of honesty and also of prudent restraint about details. Let's not let our emotions run away with us about these things, and seek bigger and bigger thrills about people's conversion stories.

There are two reasons why the Catholic attitude is, or should be, different from the Evangelical one. First, we do not see conversion as necessarily either instantaneous or permanent. Conversion is a daily necessity, and involves the slow and painful overcoming of bad habits by good ones. Grace can be genuinely accepted and then lost. No one knows if he is saved until the moment of death and judgement, unless God grants him a private revelation, and that is rare.

A moment of conversion can be spectacular, when a sinner accepts the grace of repentance and makes a perfect act of contrition, and / or receives sacramental absolution: then he is freed from mortal sin, restored to spiritual life, and things may look suddenly different after a long period of darkness. But not all conversions are like that, and even when they are, hard work remains, and success is not guaranteed.

The second reason is that we don't think that all saints were once sinners. A lot were. A lot weren't. The point is, it is not a necessary rite of passage, as it is sometimes treated in Protestant thinking. Sentimental hagiographies from the late 19th century sometimes play down the sins of the saints to a ridiculous degree, but let's not make the opposite mistake, and run away with the idea that to be an authentic Christian you have to sleep around when young, and maybe kill someone in a pub brawl. Our Lord is our model, and He never committed even a venial sin. Our Blessed Lady was not a sinner: not even for a moment. St John the Baptism was freed from the stain of Original Sin in his mother's womb, so he never experienced the sinful desires of the fallen human condition. St Therese probably never committed a mortal sin. Avoiding sin does not make you inhuman: it makes you more human, human as God wants us to be.

Sin is a tragedy. God's grace and forgiveness is a miraculous triumph over that tragedy. The wonderful variety of saints in heaven illustrates the infinite creativity of God's providence.

Support the work of the LMS by becoming an 'Anniversary Supporter'.
Posted by Joseph Shaw at 12:51 pm